Sorry for the silence! I’ve been madly editing.

Currently waiting to hear from the Agent and Editors regarding Express Desired.

Final edits (those before the Editors and Agent deal to it!) are done and today started on the next…

Thanks Patrick, for your ongoing support and help!

My son and I had a great time going over the Utah portion of the Pony Express Trail in July with Patrick and his lovely wife! 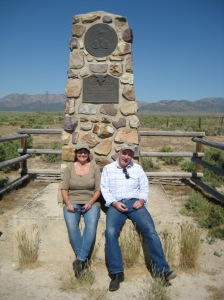 According to the man himself, this monument  in the wrong location!

Have a great day,

Kindest regards and thanks for following!

Well done to all of you out there riding!  You might get a bit tired, but it’s not quite as dangerous as it was ‘back in the day’.

There were quite a few deaths (few riders, fortunately) amongst the Pony Express riders, but it was not for want to trying!

Hold on to that mochila!

Here’s an excerpt from my novel… Only Patrick Hearty and I have seen it so far, so hope some of you like it! They’ll be going through Lookout Pass soon!!!

A little taste of “Express Desire“:

She felt her heart stop.

Aleksandra dropped to the left side of the Palouse’s neck into a Cossack hang, lying flat against his side.

She threw the reins at him and shouted to him.’Yah! Yah! Let’s go, Scout!’

He needed little urging to run full tilt down the steep and treacherously rocky trail as the yells of Indian warriors filled the narrow valley. The arrows came hard and fast from the southwest, like a mad bunch of hornets.

Smart, she thought, with a hint of a wry grin. The Indians had placed themselves between the trail and the setting sun, so Aleksandra could see little of her attackers in the glimpses she stole from beneath Scout’s neck of the world whizzing past. With the ground only three feet from her head, the scent of sage filled Aleksandra’s nostrils as the horse crashed through a clump of brush.

Briefly considering climbing back into the saddle to pull a gun from her saddlebag, she knew it would be akin to suicide; though she knew her full weight hanging off to one side had to put the stallion off his best, she trusted far more in the pony’s speed and ability. She just tried to stay out of his way and not hinder him needlessly, keeping as still as she could, tucked down on the side of the skidding and leaping beast. Praying the cinch would hold, she sent fervent thanks in the direction of the company selectors for choosing fast and handy local ponies. How I would love to have my bow and arrows, she thought, but it might just be better just to get Scout and I through alive to Doc Faust at Rush—

The Palouse interrupted her musings as he threw up his head and reared, angrily trumpeting and shaking his head for a moment, nearly dropping Aleksandra, then resumed his headlong rush down the hill. When he carried on, she heard whistling sounds with every breath and turned her head forward to see where the noise was coming from.Then she saw the arrow.She felt herself break into a cold sweat…

Aleksandra, trained in the Cossack arts from infancy by her father, finds herself alone and running to prevent her Pa’s killer from obtaining a secret which could allow world domination by the Czar.  Disguised to most as a boy rider in 1860′s Utah Territory for the Pony Express, she finds in her “Californio” boss a strength to match her own and together they create a team that can overcome the odds.

I hope you liked the excerpt of “Express Desire,” soon to be completed!

To follow the mochila on its way West, see the XPHome Site:

Yesterday’s post detailed the Pony Express 20th Anniversary Re-Ride. I have posted some handy links for you to follow the ride’s progress! 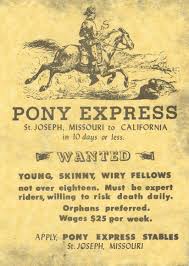 The “mochila,” (the leather pad with the mail pockets, below), which is transferred between riders on the  Pony Express) has made it from Elwood, Kansas to 140th and 75 hwy. one mile north of Sac & Fox casino, this afternoon.

For your information, here’s the map of the whole route!

Thanks, Union Pacific and http://bit.ly/11K21Oh

To follow the mochila on its way West, see the XPHome Site:

Thanks to Tom Crews!

Photos from the Start at Patee House (below)  and Chasing the Pony Express are on Susan Mires’ Facebook page (Thanks, Susan!):

Thanks to Kathy Weiser, owner/editor, Legends of America, http://www.legendsofamerica.com

Newscast about the upcoming ride:

For those of you who asked for more information on my upcoming novel,

Express Desire,  it is in an earlier blog post:

Español….   …  ranks behind only China in total number of language speakers, and far ahead of English speakers.. One good reason to include it in my nearly-completed novel…

Another one… it is the language of love…

Xavier, born of his Spanish Californio family is, despite his challenges, able to speak this language of love… In what other languages are the words for “I want you” the same as for “I love you”?

So, you see,….  Xavier needed to be Spanish…

Oh, you ask… (deafening silence…) why include Polish characters and language in the same novel?  Hmmm… they aren’t even on the language-frequency chart…   People who can survive what they have been subjected to for the past several centuries and come out with their incredible optimism and zest for life deserve to be heard… and remembered. And no, my Polish is extremely poor, but I know where to find help!!!!

Looking forward to our trip to the States in July!

We will be visiting many sites from the novel Express Desire, soon to be completed!

First, the Rancho de las Pulgas, which was the old 1795 Spanish land grant which belonged to the family of my novel hero Xavier Arguello, which today comprises most of the cities of Menlo Park, Atherton, Redwood City, San Carlos, Belmont and San Mateo (that part of the city which lies south of San Mateo Creek). 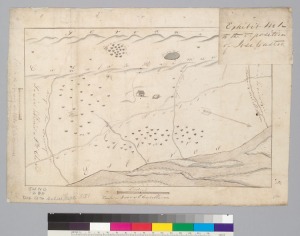 I was born in Redwood City, close to the home the Arguellos lived in, at the corner of Cedar and Magnolia streets in the city of San Carlos. We will see the marker on this site as well!

Later, I grew up in the redwoods in nearby La Honda. We will visit there, too.  I’ve written about it in a previous post, Stagecoaches, the Peek a Boo Inn, etc! 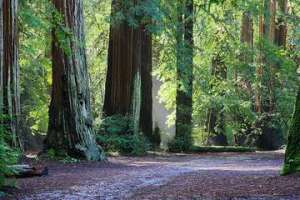 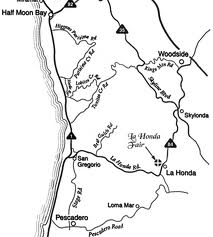 We will then journey to Sacramento, where the current Old Sacramento served as the western terminus of the Pony Express. The Pony Express statue shown here is located at the corner of J and second streets and is kitty-corner to the Museum (which I don’t think I’ll be able to stay out of, either…  My poor son…)

From here, the mail went aboard riverboat to San Francisco, except for the few times when the steamer was missed, then the riders had to ride all the way to San Francisco!  Here is a monument to one of the steamers who carried the mail! 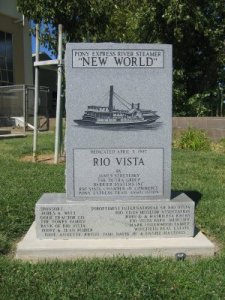 We will wind up in Utah, where we will be hosted by the infamous Heartys, supporters of the Pony Express movement in Utah, (Patrick Hearty is the Past President of the Utah Pony Express Assn and Co-Author of The Pony Express Stations in Utah, a man to whom I am indebted for his assistance with my book, along with his lovely, long-suffering wife from whom I’ve stolen much time for Patrick to answer my multitude of questions!). We will go over the Utah portion of the trail, backtracking to Nevada, 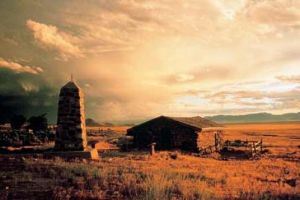 And this rather desolate looking Pony Express Trail Marker below shows the site of Rush Valley Station, where Aleksandra, my heroine, found shelter after she was first attacked by Indian arrows…

mmm.. don’t think it’ll look much like this in July! The Oquirrh Mountains & Lewiston Peak are shown in background. Great pics, thanks, Acidman 1968, wherever you are! Tried to contact you! Contact me please? Thanks!

Then Patrick is taking us along the trail on horseback through Hickman Canyon!

After we leave the Heartys,  we’ll return to CA the long way, through City of Rocks, where the baddie Vladimir finds himself in the story 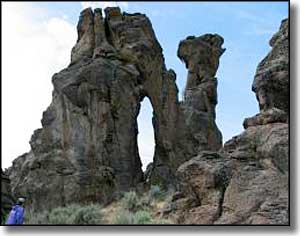 By then we’ll have run out of time!

We will be hustling back to the Bay Area to fly out a few days later!

Thanks so  much for reading!  Hope to see many of you over there or when you come to visit in New Zealand!

Lovely stories and amazing real food. Yummmm all around.   http://savorthefood.wordpress.com