From: A Long Trail Rolling

The keeper’s dogs squirmed around Aleksandra when she dismounted, the little brown bitch’s lips drawn back into a toothy grimace of a grin while she quivered and wagged her whole body ingratiatingly. Mr. Jackson took only a moment to slip the mochila onto the stallion, sign her time card and check for mail before Aleksandra was off again with a pat for the bitch and a wave.

‘I call him Scout!’ he shouted, as she rode away.

Scout wasn’t tall, but he was a powerhouse. He hit a long trot up that steep and rocky incline to the summit, never faltering, never looking to the side. Her heart sang. She felt blessed to ride such incredible horses and actually get paid to do it.

Lookout Pass, she reminded herself as she neared the summit. Glancing north to the distant white tops of the Onaqui Mountains, she swallowed hard as she thought again of her papa and the fossil he’d fossicked for her from its rocky ledges.

Her heart stopped in its tracks and she flung herself to the left side of the Palouse’s neck in a Cossack hang, lying flat against his side.

‘Yah! Yah! Let’s go, Scout!’ she shouted, throwing the reins at him.

The narrow canyons.. we walked through them, but Aleksandra had to race …

He needed little urging to run full tilt down the steep and treacherously rocky trail as the yells of Indian warriors echoed through the narrow valley. The arrows came hard and fast from the southwest, screaming like a mad bunch of hornets.

Smart. Her lips curved in the hint of a wry grin.

The Indians had placed themselves between the trail and the setting sun. Aleksandra couldn’t see her attackers in the glimpses she stole, from beneath Scout’s neck, of the world whizzing past. With the ground only three feet from her head, the scent of sage filled her nostrils when Scout crashed through a clump of brush. Briefly considering letting go of one of her death-grip holds onto the racing horse to pull a gun from her holster, something akin to suicide, she tightened her lip in a grimace and stayed put, trusting far more in the Palouse’s speed and handiness to save them. Knowing her weight hanging off to one side had to put him off his best, she tried to stay out of his way, keeping as still as possible, tucked down on the side of the skidding and leaping beast. Praying the cinch would hold, she sent fervent thanks to the pony selectors for their choice of horses.

How I would love to have my bow and arrows, but I only need to get us through to Doc Faust at Rush—

The Palouse interrupted her musings as he threw up his head and reared, angrily trumpeting and shaking his head for a moment, nearly dropping Aleksandra, then resumed his headlong rush down the hill. When he carried on, she heard whistling sounds with every breath and turned her face forward to see where the noise was coming from.

Then she saw the arrow.

A Long Trail Rolling is available at our Store page

Help other readers find my books by leaving a review! It can be a simple one, just whether you liked the book, and what you liked about it. Analysis is not necessary, unless that’s your style!

Thanks so much. It means a lot to me!

You may leave a review here

I hope you enjoy my stories and I love to hear from my readers!

You can message me here 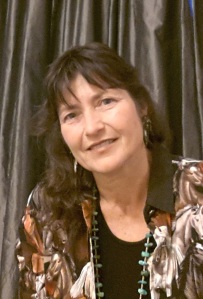